State governing body under usasa and us soccer 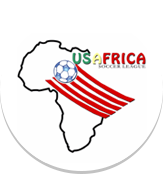 The Official Home of The

Safira was the first to score in the match with only seconds left in stoppage before the half.  The goal was the result of patient passing and possession, that left a cutting #70 Matt Vital wide open in the middle of the box.  He sent a strike of a shot in the upper corner of the net putting Safira up 1-0 at the half.

Mosteiros came out strong in the second half and equalized the score with a nice goal by #8 Admilson Miranda.

The game remained tied into stoppage time, when #8 Admilson Miranda was able to net his second and the game winning goal and give Mosteiros, their first Mass Soccer State Champions Cup Championship.

Thank you to both Safira and Mosteiros on  a great tournament and an exuberant and intense final game filled with passion and skill. As tournament director, JP said when awarding the trophy, both teams were very worthy opponents and someone had to win...  it was Mosteiros who was victorious today! Congratulations to Mosteiros, their fans, and their league, USAfrica!